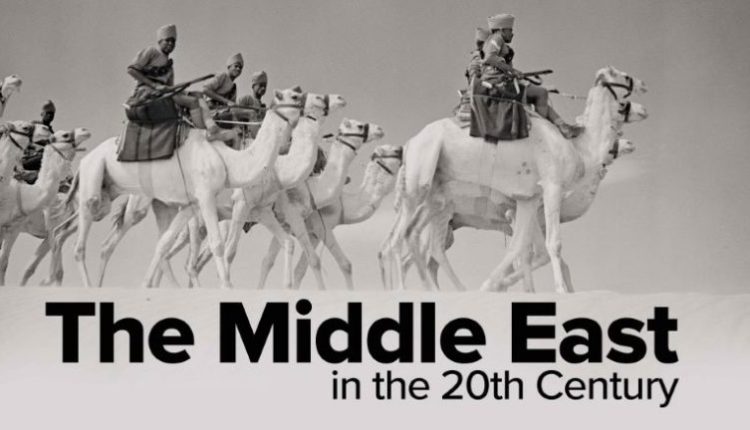 The Middle East in the 20th Century

It is impossible to understand our world today without understanding the last 100 years of Middle Eastern history. Yet, the history of the region in the 20th century is so varied and complex that it defies easy explanations. Shifting borders, governmental overthrows, ethnic and nationalist tensions, and political and economic forces on the world stage all had a hand in shaping the course of Middle Eastern history. Ultimately, the story of this region—and its impact on the world— is one of people searching for self-determination, from the stumbling alliances after the fall of the Ottoman Empire to the Arab Spring uprisings.

Now that we have some historical distance from the tumultuous 20th century, it is a great time to take a deep dive into the history of the region. The Middle East in the 20th Century offers a marvelous introduction to this story and sheds an important light on the geopolitical stage today. Taught by author and Arabist Professor Eamonn Gearon, these 24 enlightening lessons bring clarity to a convoluted region and linear organization to a multifaceted story.

These lessons introduce you to the people, places, and leaders across the ages, and over the course, Eamonn revisits several significant events from different perspectives, including:

International forces had a particularly strong impact on the history of the Middle East and North Africa. For instance, the discovery of oil in Iran in 1908 set in motion a series of alliances and conflicts ranging from the Suez Crisis of 1956 to the oil shocks of the 1970s to the 21st-century wars in Iraq and Syria.

Despite these international pressures and the changing political landscape, The Middle East in the 20th Century is ultimately about people: Iranians protesting a greedy regime in the early 20th century; Arab nationalists working to unify the region in the mid-20th century; Israelis struggling to maintain a homeland; kings and generals seizing power; and everyday citizens working to make change throughout the region.

Your course begins with an analysis of the Middle East and North Africa before everything changed—when the Ottoman Empire was the “sick man of Europe,” and a great war was on the horizon. Given the politics of the Middle East today, you might be surprised to learn that people in the region in the early 20th century were overwhelmingly interested in reforms and constitutional democracy.

Eamonn delves into the alliances and negotiations that led to the formation of many countries in the region in the wake of World War I. You will see that during the war, the British made promises to multiple parties that they were unable to keep, from the creation of a Jewish state to pan-regional promises of sovereignty.

You will meet figures such as Atatürk, leader of the “Young Turks,” who wanted to unite an ethnic Turkey but whose approach ultimately failed against the backdrop of global politics. You will also see how the newfound commodity of oil gave rise to Gulf monarchies that didn’t always work for their people, beginning with the leader of Persia in 1908 and continuing through the Persian Gulf War of 1991 and beyond.

A united region is a major theme of the 20th century, from Nasser’s push for Arab Nationalism after World War II to the conflicts between Israel and the Palestine Liberation Organization (PLO). Eamonn shows you how competing economic interests and power vacuums led to coups and other challenges, from the Suez Crisis of 1956 to the 1979 overthrow of the Shah in Iran to Saddam Hussein’s seizure of power in Iraq.

If nationalism is one theme of the Middle East and North Africa, the uneasy relationship between the Cold War superpowers and individual nations is crucial to understanding the region. For example, consider how Egypt under Anwar Sadat, once a strident foe of Israel, ultimately worked with Jimmy Carter to broker a peace deal with Israel, aligning Egypt with the United States and Western democracies.

By contrast, many in the region distrusted Western imperialism and disliked the secular ways of the United States. One of the most dramatic breaks with the West was the 1979 overthrow the Shah in Iran, when the country’s US-allied leader was forced into exile and Ayatollah Khomeini set up an Islamic Republic.

As you will learn, the word “Islamic” is often misused, particularly in terms of terrorism from al-Qaeda, Osama bin Laden, and the Egyptian nationalist Sayyid Qutb. Eamonn delves into the motivations of these bad actors and puts them in the broader context of religious jihad and political sovereignty.

A Jewish State in an Arab Region

A final major theme this course covers the creation and role of Israel in the history of the Middle East. Eamonn traces Zionism from the turn of the 20th century and shows how the British, as well as the League of Nations, played a role in creating a Jewish state in 1948. From the Balfour Declaration to the Oslo Accords, he walks you through the wars and territory disputes surrounding Israel, including the Six-Day War of 1967 and the 1973 Arab-Israeli War.

One complicating factor of this history is that the disputes are a murky combination of ethnic, religious, and territorial conflicts. The PLO, for instance, is a political organization, but Iran identifies as an Islamic Republic. As a historian, Eamonn provides an even-handed and analytical survey of conflicts that have no easy solution.

As he notes toward the end of his lesson on the Arab Spring, change is a constant and the past informs the present. Sometimes inspiring, sometimes tragic, and always fascinating, The Middle East in the 20th Century is lucid, powerful look at a region in flux that will round out your understanding of our world today.

Using Pygame to Build an Asteroids Game in Python

The Wonders of America’s State Parks