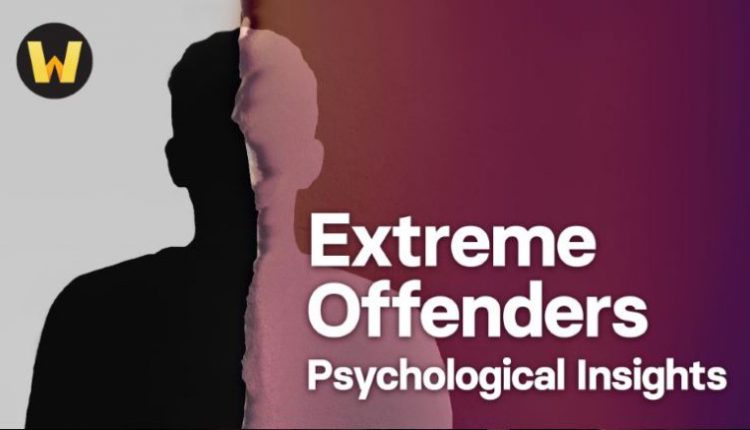 Ted Bundy. John Wayne Gacy. Jeffrey Dahmer. Their names are infamous, their crimes extreme. What could we possibly hope to learn from studying the psychological motives behind some of modern history’s most notorious serial killers?

Criminologists and forensic psychologists dedicate their careers to understanding the root causes of extreme behavior, not to glorify such behavior, but rather to better understand how the human mind can reach such extremes—and how to watch for similar warning behaviors in future potential offenders. As a result of what they’ve learned from the close study of modern cases, and from advancements in our understanding of how the human mind works, psychologists have been able to devise early intervention strategies and provide more effective treatment for some types of extreme offenders.

In Extreme Offenders: Psychological Insights, Katherine Ramsland, Professor of Forensic Psychology at Desales University, distills her years of experience studying extreme offenders into 12 fascinating episodes that plunge you into some of the darkest criminal mental states, methods, and motives. Blood fetishists, lust-motivated predators, money-hungry murderesses—these and other mass, spree, and serial killers each had their own developmental journey toward violence. What set them off on such horrible paths? How can we hope to stop future extreme offenders before they start? The answers require an intense journey into the heart of human darkness, beyond which we can hope to see glimmers of bright hope for the future of mental health treatments and a more thorough understanding of the human mind.

Why Do Extreme Offenders Kill?

Why does someone become a killer? It’s a question that has haunted forensic psychologists since the dawn of the field in the late 19th century, and one that Extreme Offenders: Psychological Insights answers through a stunning combination of psychological insight and crime-scene analysis.

Thanks to the tireless work of forensic psychologists, we now have a language for why extreme offenders do the things they do. Here’s just a small sample of the psychological ideas you’ll cover in this series:

12 of Modern History’s Most Extreme Offenders

The 12 men and women you meet in Extreme Offenders: Psychological Insights make for quite unpleasant company. Yet, by understanding their crimes and their possible motives, forensic psychologists can help prevent future crimes from happening.

While many of us have a general knowledge of the crimes of people like Jeffrey Dahmer and Edmund Kemper, this series also introduces you to some extreme offenders you might be less familiar with—but whose stories are no less integral to the everyday work of criminologists and forensic psychologists. Throughout this course, you will unearth the disturbing stories of people like:

For five years, Dr. Ramsland worked with Dennis Rader on his autobiography, Confession of a Serial Killer: The Untold Story of Dennis Rader, The BTK Killer. She understands as well as anyone just how dark and disturbing it can be to get inside the mind of an extreme offender.

But what she’s brought back to us from that darkness—insights into the intricacies of human behavior, possible treatment options for future offenders, stories of how criminologists work—is undeniably illuminating.